Invis In The News


Invis Multimedia, the first Apple computer based video production studio of India, was established in the year 1995. The logo of the institution was designed to resemble the seals of Harappan civilization as they exemplified some of the first communication symbols created by humanity. Originally named India Vision International, Invis started commercial production in March 1996. This laid the foundation of digital media history in the state of Kerala, Republic of India.


In 1996 November, E.K.Nayanar, Chief Minister of Kerala, launched the CD-ROM project of Invis Multimedia. The CD- ROM, ‘Kerala: The Green Symphoy’ was the first cross platform (Windows/Macintosh) CD-ROM developed in India. The final product was released on 18 June 1998.


Subsequently, the Department of Tourism, Government of Kerala agreed to sponsor the title ‘Kerala: The Green Symphony’ and it was released as a multimedia title, produced in association with Kerala Tourism. The CD-ROM was later translated into Hindi, German, French and Japanese languages. It won numerous prestigious national and international awards. This was the first instance of utilizing interactive multimedia for destination promotion in India. In the year 1998, Invis Multimedia was appointed as the IT Consultant and solution provider of Kerala Tourism. They developed the portal www.keralatourism.org for Department of Tourism, Government of Kerala. An e-newsletter with video and audio clips was launched on December 1998 as part of the project. This was the first instance of sharing videos via email for tourism promotion.


The software division at Invis started functioning in the year 2000. Thereafter, Invis Multimedia envisaged a plan to geotag all the major institutions and destinations of Kerala on a map to be developed with geographical information system. This was four years before the birth of Google Earth. The project had to be aborted due to delays in getting clearance for using satellite images and, with the introduction of Google Earth, all the services envisaged in the proposed plan became freely available. However, Invis developed a GIS map for Kerala Tourism in the year 2003, proving that they were years ahead of their time. During this time period Invis proved themselves adept at developing software solutions customized to suit client needs.


In 2001, Invis launched a CD- ROM on Ayurveda, the ancient health science of India. Titled ‘Ayurveda, the mantra of Nirmaya’, the CD-ROM was launched by Atal Bihari Vajpayee, the Prime Minister of India (2001). It was translated into French and German languages. The title won a number of prestigious national and international awards.


In 2002 , Invis Multimedia became a member of UNESCO’s Global Alliance for Cultural Diversity In 2003, it started publishing music CD titles. and also brought out a VCD on ‘Panchakarma: Ayurveda’s Mantra for Rejuvenation’. This was launched in 9 languages. Creation and publication of a series of coffee table books also commenced in this year, the first of the set being Panchakarma: Ayurveda’s Mantra for Rejuvenation’. Another book on Kerala was released after a few years. A DVD series with English subtitles on the classical art forms of Kerala titled ‘Know Your Heritage’ was also released receiving rave reviews in international journals.


In 2004 Invis introduced another DVD series on the classical artforms of India. The package titled ‘Symphony Celestial’ with 12 DVDs contained ten dance or theatre forms of India, all with English subtitles.


Rhapsodies from Gods Own Country, a pack of eight DVD’s on Kerala was brought out in the year 2007. This series got the National Award for the Best Film from the Ministry of Tourism. Several DVDs and music CD titles were brought out there after. Even though Invis envisaged the idea of a video portal on India and registered the domain www.indiavideo.org. in the year 2004, the portal became operational only in the year 2007.


Invis introduced the concept of online video greetings in September 2007 through its website www.keralavideos.com. This was the first instance in which online video clips were used to convey festival greetings. Soon after this site was merged with www.indiavideo.org. Video greetings were introduced for various occasions like Diwali, Id Ul Fitre etc. In November 2007, the website www.indiavideo.org, an online video encyclopedia of India in association with UNESCO New Delhi office was launched.


Another project implemented in association with the UNESCO New Delhi office was a twin volume DVD on the traditional magic of India, titled ‘Enchanting Illusions’.


In 2009, Invis Multimedia started a partnership with You Tube to open a brand channel namely www.youtube.com/indiavideodotorg. The channel today contains nearly 10,000 video clips from India, and gets more than 60,000 video views per day. The channel has 86,000 subscribers. Subsequently the firm started developing campaigns on various social media platforms for clients.


‘100 years of Bollywood’ was a video series produced by Invis Multimedia on the eve of 100 years of Indian cinema. This series presented the history of Bollywood through early films and personalities from the field.


In the year 2013, Invis brought out four major e-books in association with Kerala Tourism. They were authentic works on topics like Kerala, Ayurveda, Panchakarma and Yoga.


During the years 2013-2015, mega campaigns for pushing traffic to the websites of its clients like Kerala Tourism and Grand Kerala Shopping Festival were conducted by the firm. The projects included online quiz programs, video matching competitions, painting competitions, photography competitions etc.. Invis Multimedia also supported the initiative of Kerala Tourism to do live webcast of the major festivals of Kerala being conducted in remote villages and major cultural festivals. Three mega events were organized under this program. They were HD quality multiple days live webcast of Arattupuzha Pooram, Theyyam festival and Nishagandhi dance festivals.


In the year 2014, Invis brought out its first Blu Ray disc titled ‘Ayurveda and Yoga: The veda of health’. The client was Kerala Tourism.


Currently a project of Invis Multimedia for online teaching of Kathak dance is nearing completion. Another major project is ‘India: Our Heritage, Our Pride’, a DVD title covering 32 UNESCO world Heritage sites of India situated in 17 states.


The digital content generated by Invis group during the last 20 years has been viewed by more than 250 million people around the world. The group has bagged nearly 40 awards including both international and national awards for its products and services. ( Many of the titles published by Invis Multimedia have been accepted as major multimedia resources on India by academic institutions and international libraries alike. 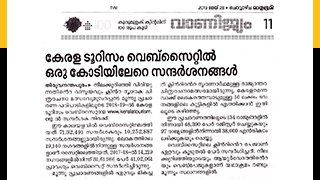 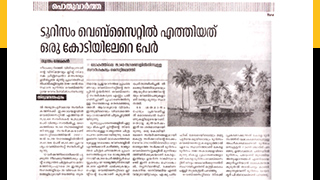 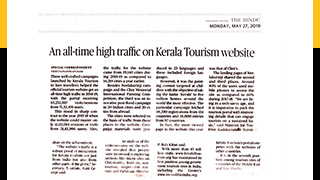 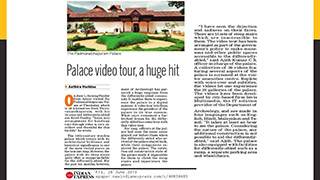 The Indian Express Dept. of Archaeology receives many praises for its innovative digital platform that guides the differently-abled to virtually tour the 16th-century Padmnabhapuram Palace. 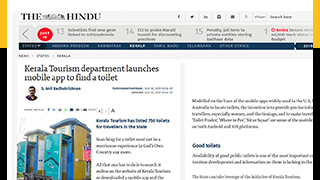 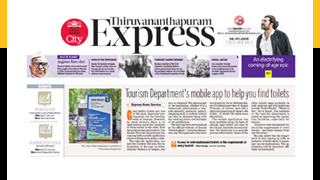 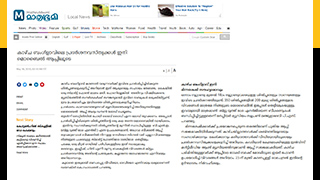 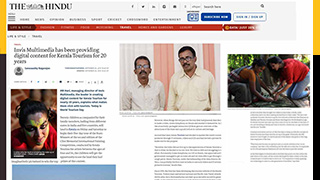